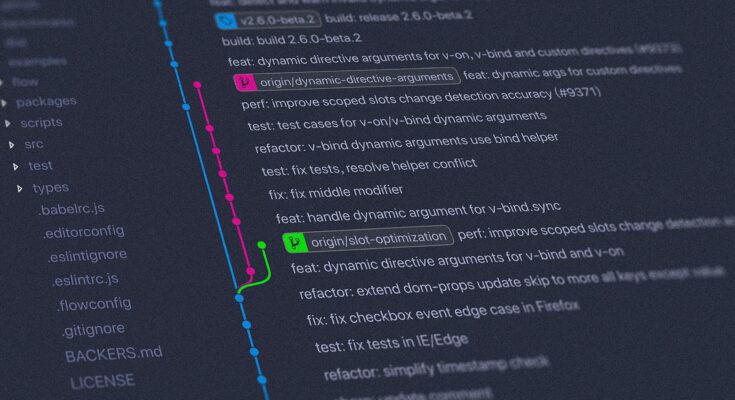 This guide will show you how to use Git using some practical examples. Git is a very commonly used tool, and you should know how to use it. But, don't worry; Git is super easy to use!

By the way! Don't confuse GitHub with git. GitHub is a website for hosting projects that use git. In comparison, git is a version control system.

Git is a Distributed Version Control System (VCS) that allows you to track changes on code, supports many developers working on the same code simultaneously, and enables code to be merged easily.

Git has three stages that you need to know about:

See the basic diagram below to visualize the stages and repositories working together:

Note that there is much more to Git than is shown in the diagram.

Visit https://git-scm.com/downloads to see how you can download and install Git on Windows or Linux/Unix or Mac OS X. The list below only shows the instructions for Ubuntu, Fedora, and Alpine, but Git supports many more Operating Systems.

The latest stable version for your release of Debian/Ubuntu:

After installation, you can check the version number by running the following command:

We have to set some global configuration variables after we have installed Git. These variables are important because they help identify you as the developer. So this is a way to add your name to all the changes you have made.

The syntax for these variables is:

Instead of using joe soap, you can use your name, and instead of using my email, you have to use your email. All other keywords are part of these commands and will be written as it is.

How to get help for Git Commands?

Now, we will see how we can get help for any command. You can use two ways to get help. Let’s get the help for the Git config command:

Instead of the config command, you can also get help with any other command like:

Now, you will see the first scenario in our Git practical guide, where you can initialize a repository from an existing code. In this case, you have a local code base that you want to start tracking using Git.

Now, go to the root folder of your project and run the following command to check the files and folders you want to track using Git:

As you can see, the project that we want to track exists in the folder named the git_project. This folder contains two text files which are linux.txt and personal_info.txt. It also contains a folder named the project. Now, let us start tracking this project using the following command:

This command will initialize an empty Git repository which can be checked by running the following command:

As you run this command, you will see the .git directory. Moreover, you will also see all the files and directories in this folder that you will track.

Now, we are using Git in our directory, but we haven't committed anything yet. So before we commit anything, run the following command:

This command will show all the untracked files in your current working directory. Let's see the working of the above commands in the terminal:

What is the .gitignore file?

Now, before we move on, let's see what the .gitignore file is. There are some files in our project that we do not want other people to see or keep track of these files.

These files might be your files about the project that you do not want to share with the developers involved in this project. So, we would like to ignore these files, and to do that, first, we will create a .gitignore file.

The .gitignore file is a simple text file where we can add files that we want git to ignore. For example, let’s say we do not want other developers to see the personal_info.txt file. So we will add the name of this file to the .gitignore file.

Now, open up the .gitignore file and add the following filename:

You can also ignore files and folders using patterns such as:

Note: Git will not ignore a file until you un-track it with the following command:

You can un-track many files at once using the following command. Just remember to commit everything you've changed before you do this.

Now that we have added the personal_info.txt file to the .gitignore file, let's check its status:

When you run this command, you will not see the personal_info.txt file:

As you can see, it did not show the personal_info.txt file because we have ignored it. So instead, it will only show the .gitignore file and other files that we want to track.

How to Add to Git?

We can also add them individually by a command like this:

Now, we can run the Git status command to check if the files have been added to the staging area.

As you can see, it gives a message like: "Changes to be committed". This means that we are in the staging area. Running the Git status command in this area will also show any untracked files, if there are any.

Now, if we run the following command, then it would commit these changes to our repository:

Here, option m stands for the message, and it saves our changes with the given commit message.

How to remove from the staging area?

Let's create a text file and add it to the staging area.

As you can see, we have added file.txt to the staging area using the 'git add' command.

Now, to remove files from the staging area, we can use the following command:

So, as you can see, we have removed file.txt from the staging area to the working directory.

If you want to remove everything from the staging area, then you can use the following command:

This command shows all the commits we have made with the hash number of the commits. All those hashes will be unique. It will also show the author, date, and commit messages.

Moreover, you can also stop tracking your project. All you have to do is remove the git directory just like you remove any other directory:

This way, you are no longer tracking this project.

Next, in the Git practical guide, we want to track an existing remote project.

This Git practical guide will use the sample repo from CoreyMSchafer. Let’s clone his GitHub repo by using the following syntax:

After cloning this remote repository, let’s see the contents of this repository.

Now, let's see how we can view information about that remote repository using:

This command shows the location of the repository on the internet.

By running the following command, you can show all of the branches in the repository locally and remotely.

How to see what changes were made?

Now, we make changes to the script.py file in this repository. Now, we will see those changes through  a command:

If we run the following command,  it will show us which files have been modified. We're currently in the working directory.

Now, like before, we can add all the changes to the staging area by the following command:

After adding the changes to the staging area, you can run the 'git status' command to see the changes ready to be committed.

You can commit these changes by the following command:

Then, you can give any appropriate message for the changes you have made. Now, by running the above command, we have committed the changes locally.

How to push changes to the remote repository?

We want to push the changes to the remote repository so other developers have access to those.

To do this, we will need to run two commands:

We run this command because we're working on a project that could potentially have multiple developers. And people have been pushing code to that remote repository.

While we have been working on our features, what the 'git pull' does is pull any changes made since the last time we pulled from that repository.

And, as you can see, it says we are Already up-to-date because there have been no changes to that remote repository since the last time we pulled from it. And now, you can run the following command to push those changes:

Origin here is the name of our remote repository, and master is the branch that we want to push to.

Wrapping up the Git pratical guide

OpenFaaS: Getting Started on Kubernetes