You may also be interested in: Most Used Linux/GNU Commands.

Tip 1 - Use tab for auto-completion

This is one of the most basic yet valuable tips. Pressing the TAB key will allow you to see all possible options that relate to your command.

For example, let's say you want to see the total amount of memory on our machine. You can remember that the command started with the letter l, but you can't remember the rest of the command's name.

You would then type the letter l and the TAB key to display all the command possibilities. For example, looking below, you then realize that your command name is 'lsmem'.

Sometimes you need to re-run the last command. For example, you could type in the command again or use one of these tips.

You could also use the UP arrow to run a previous command. Most people are familiar with this one.

Or, you can use the exclamation sign along with the first letter of a previous command. Then, unlike using the UP arrow, you could skip a few keystrokes if you remember the last letter of your command.

You can see the example below:

You could also run the exclamation sign along with -1 to run the previous command. Setting -2 will run the second last command that you have run.

Similarly, you can enter double exclamation to run the last command, as seen below:

Lastly, you can also enter CTRL+P, which will display the previous command.

What if you needed to execute a specific command again, one which you used a while back? And you can't remember the first character, but you can remember using the word "serve".

You can use the up key and keep on pressing up until you find your command. (That could take some time)

You can then use the history item number with the earlier exclamation command to execute a specific command. For example, you can see below how we run command 1031 from the history.

Tip 4 - Run multiple commands at once

Let's suppose you want to execute three commands, one after the other. Normally, you run the first command, run the second command, and finally run the third command.

Or, you can use the semicolon to separate all three commands and run them sequentially. The following example will create a test folder, enter it, and return it to the same folder.

Tip 5 - Use the alias command

You may have a specific command with preferred settings that takes a long to type. Or you can have a couple of commands that you need to run frequently sequentially.

You can take the work out of typing the commands over and over and use the alias command.

For example - we can create an alias called "mnt". Alias will in-turn run "cd /mnt/containers/" whenever we run the "mnt" alias.

You can add your alias command in the .bashrc file or .profile file to add the alias permanently.

Used properly, the alias command can really help you speed up your command-line experience.

You probably know the "ls" command to list the contents of a directory. You most likely also use the "ls -alF" command.

If so, then you can use one of the follow ls aliases:

For example, let's suppose you're typing a lengthy command. And in-between, you decide to change something. If your cursor is midway through the command, you need to hit the left or right arrow. Instead of bashing the left and right arrows to get to start or end, use the shortcut.

Windows users are familiar with hitting CTRL + S to save a file. But, if you use this in the Linux terminal while editing a file, the terminal will freeze.

Instead of closing and reopening the terminal again, you can use a shortcut. Press CTRL + Q to unfreeze the terminal and start using it.

What Linux am I running?

There is a fast way of using the command-line to determine your OS name and Linux version. You can do this by using the following three commands: cat/etc/os-release, lsb_release -a, or hostnamectl. Or, you can use the command uname -r to find out the Linux kernel version that you are using.

Are Linux and UNIX commands the same?

A lot of Linux and Unix commands are the same. Note that Linux is not Unix but a Unix-like OS. They share the same philosophy but some standard commands differ. You can use the old Unix commands but the new and extended GNU commands come in handy.

It takes time to adopt a new way, and change can be hard. But you can save yourself a lot of time if you invest a little time to speed up your command-line skills. Which of these commands do you think is the most useful? 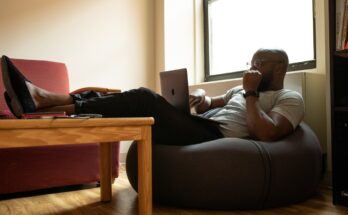 Tips to avoid sending emails to the wrong person